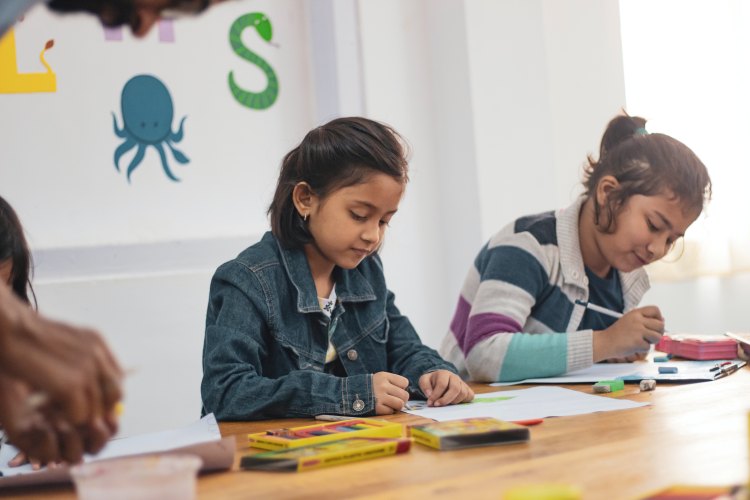 The Missing Link in Your Child’s Education is the Baffling “Special Educator!”

In an exam for the question “Who developed the system of naming & classifying organisms?”, one of the students wrote Brahma. He was referring to the God who has per Hindu mythology is the creator of the Universe. The correct answer as per the textbooks was Carl Linnaeus.

Was the boy wrong?

He did not score marks because the answer was not as it was mentioned in the textbook.  He did not score any marks for thinking differently. Because regurgitating textbook content on to your answer paper will get you full marks. And if it is word to word, then no teacher in the world can contest it.

If the teacher had broached the question by writing a note:

“ Carl Linnaeus, in the 1700s developed a way to name and organize species. That is the correct answer. Brahma is not totally incorrect as well. Let’s discuss it during the class “

Teacher analyzes deeper into the child’s response. A single answer “ Brahma “ can be the beginning of an insightful discussion.

Here is How It Could Have Spanned

Brahma Created first-person Manu. And when the world was being submerged because of floods, it was Manu who built a boat and was instrumental in bringing back life to Earth. The discussion does not end here.

The teacher can draw parallels between Noah, the biblical character who also like Manu was chosen to save the world. Just like the boat was the medium used, Noah built an ark to save humanity. And it is not just Christianity and Hindu mythology which talks about. There is a similar story about how mankind perished and was brought back to life and how Nuh was instrumental in doing so. Buddhism talks about Merchants in the sea and a wise man who saved the world.

A Lesson of Similar Beliefs

So while kids are learning the science part of “Apocalyptic events causing extinction”  children learn about different religious beliefs and how similar these beliefs are.

This is a true learning environment where everyone is engaged in multi-perspective discussions. All the while children learn how to make meaningful connections, how to form and express opinions, how to critically analyze and not take everything on face value. These are some experiences and learnings that will be imprinted in the children’s mind.

Kids Remember When They Can Connect

As a matter of fact, because of this detailed discussion ( which incidentally started with the q on who developed a system of classifying organisms ), the student will never forget the correct answer – Carl Linnaeus. That’s how remarkable a child’s brain is. He remembers when he can connect things that interest him.

But sadly, a teacher in a regular school environment will never address the question in the way we described.

Schools can sometimes feel like a game of Pac-Man where students gobble up points but have lost sight of what those points represent. It is not just the students, the teachers also for reasons beyond their control have a myopic focus on points on giving grades.

There is a story in Reddit about a certain school where teachers had to show a mandatory YouTube video on the first day of school. The video was about sharing,  making the right decisions and all the important nice to have virtues.

In a particular class, the teacher shows the video as was the mandate, Well, when the video was done, there was a moment of complete silence. Until a student remarked, “What the hell?” But of course, the teacher had to correct the unparliamentary language used in the classroom, but in the teacher’s words “He seriously just voiced what we were all thinking.”

The story just shows how helpless teachers can be. Their classes are defined by a mandated curriculum they have to finish within a time limit. They are victims of high stakes testing just as students are.

With the ability to understand what students need and the power to act on that knowledge makes a teacher a powerful being. But sadly, that is not the case!

Chalk and Talk Method is Failing

Instead of a teacher talking about velocity and force in a class, what if Children are taken to see a football match where the teacher explains that every aspect of what is happening in the court involves physics concepts. Right from when the player receives a pass ( amount of force and speed passer uses ) to the aerodynamics of the ball.

Now children have to design a similar game using a single ball and number of players. When the children are on to the task of designing they will have to tackle something that they would have taken for granted.

Every child would have played football. But how many thought of how an extra inflated ball will perform compared to the ones that are perfectly inflated. Or why is it easier to catch an under the inflated ball. For that matter what if the ball was filled with Helium. Wouldn’t it go faster because the ball would be lighter?

These are some questions that students stumble upon as they are building prototypes and exploring various options.

A teacher standing in front of the class, writing on a board and explaining concepts right out of a 4*5 bound book is sure to miss the above question and so many more intriguing questions and solutions that can crop up.

You see, it is not about engaging the students using modern teaching aids and cutting edge technology in a class anymore.

From Teacher Driven to Student-driven Classrooms

Teachers are a source of all the knowledge that students receive.

That is not what teachers are there for. For a long-time topic of discussions around schools was how to teach? We cannot arrive at the right solution if we pose the wrong question.

The Question is – How Do They Learn?

If we know the right answer to this question, then how to teach is automatically solved.

If teachers are a source of all information and knowledge, then where are we giving the children the ability to think for themselves. When we say a teacher imparts knowledge, we are assuming that students are blank slates upon which knowledge is etched.

That is a very wrong assumption. Because these children come to school with already formulated knowledge and thoughts. These are the very important raw material that is needed to form new knowledge, ideas and beliefs.

The role of a teacher is not to judge children or grade them or assess them in any way that will inhibit their natural process of questioning and learning.

If this is the environment that the teacher successfully creates, the student will be in control of his learning process. They will be experts of their own learning. In such an environment teachers and students collaborate and work together.

Teachers are deeply involved with the student in the learning process. When that happens the teacher is not guessing what students know or understand. That is when we can truly say that it is a Student Centric Learning Environment because it is not about the teacher. It is only about the student.

Adi’s 5th-grade science books define Electricity in the most technical way “ As the flow of electrons”.

When he started on the Real School Project he was surprised to learn that he himself could generate energy. He was excited to explain this concept to his parents. “I have learned something that they did not teach in school”, he told them excitedly.

That is the beauty of the classes. The child decides what he has to learn and how he learns it. We do it by way of letting him ask questions. Adi’s mother, Lisbeth says “ The mentors patiently answered each and every question that Adi asks, even if it is silly.”

At Real School, we encourage our students to ask questions. The silliest of questions can give birth to a new thought!

This method known as Socratic Questioning helps us in 2 ways. It not only helps to take student understanding of a concept to a deeper level but also helps our mentors measure the level of mastery the students have gained from the classes. In due course of time, it is no more about understanding a concept, because that will come easily to the child. It goes to another level where the children learn to analyze, evaluate and challenge thoughts!

The students graduate from Real School with an important lesson: “ How to learn to learn”

That is when they are ready to take on life and the challenges that come with it.

Also Read : Daily Planner For Your Child During Home Quarantine

Classrooms are getting transformed, teachers are being empowered. Maathangi wants to be a part of this transformational Journey. Passionate about education and Loves writing.

Personality Development Activities for Children: Let your kid take over the stage

How to Prepare Innovative Study Time Table for Kids? An Effective Study Plan

Students Learning Journey with Real School: How Effective is It?

Personality Development Activities for Children: Let your kid take over the stage

How to Prepare Innovative Study Time Table for Kids? An Effective Study Plan